One of the first big landscaping things we did when we started to sink roots into The County was buy this big limestone boulder.   We generally call it The Rock, and wanted to use it as a quasi headstone for the ashes of our beloved dog, a black Lab named Bogart, who had recently and quite unexpectedly died.

Bogart’s ashes are, indeed, buried under an overhanging part of The Rock, as are the ashes of  a subsequent dog and cat.  I used The Rock to anchor a new flower bed and patio  I created; a paper birch (Betula papyrifera) is on the other end, and there is a Nannyberry (Viburnum lentago), large upright Juniper and a white Spruce (Picea glauca) on one long side with a wide grass passage on the other.

For the first few years the rick was barren – scraped clean by the mechanical process of yanking it from the ground, transporting it to our property then planting it in a a two foot deep hole.

Over the years plant life appeared on The Rock, growing from the fissures and holes that occurred naturally, finding the bits of sand and soil that were blown into these fissures and cracks, sending roots deep into The Rock and surviving our cold winters.

There are bonsai-like conifers: a cedar and two junipers, one upright and one prostrate.

There are grasses, Echinacea, Sedum, moss, dandelions (of course!) and my favourite, Aquilegia canadensis – our native columbine: 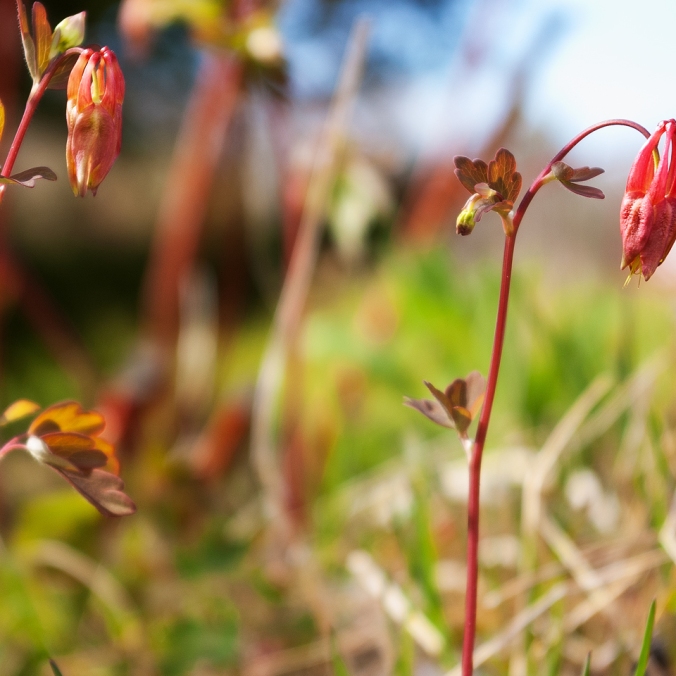 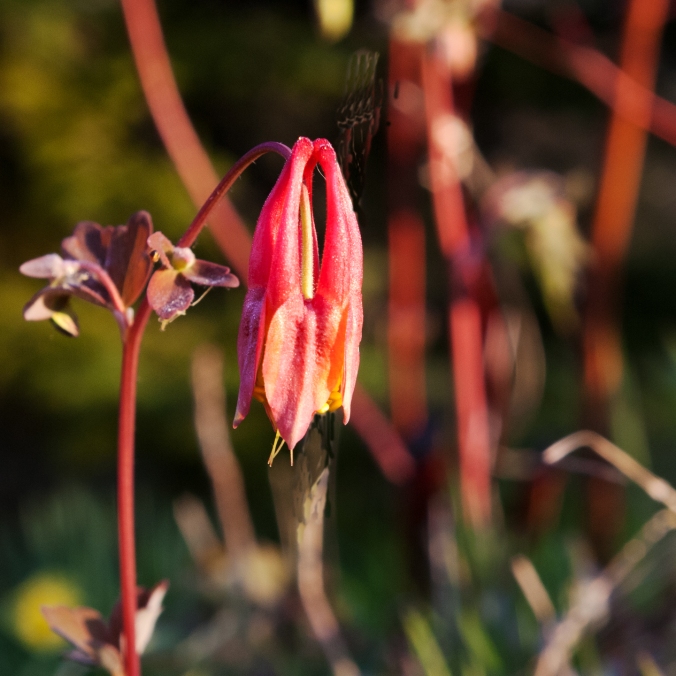 All these plants just found their own way to The Rock – seeds either dropped by birds, buried by chipmunks or insects or blown in by the wind. I don’t do much ‘gardening’ on The Rock – just a bit of editing now and then (ie puling dandelions).

It’s an ever evolving micro landscape that fascinates me every year.