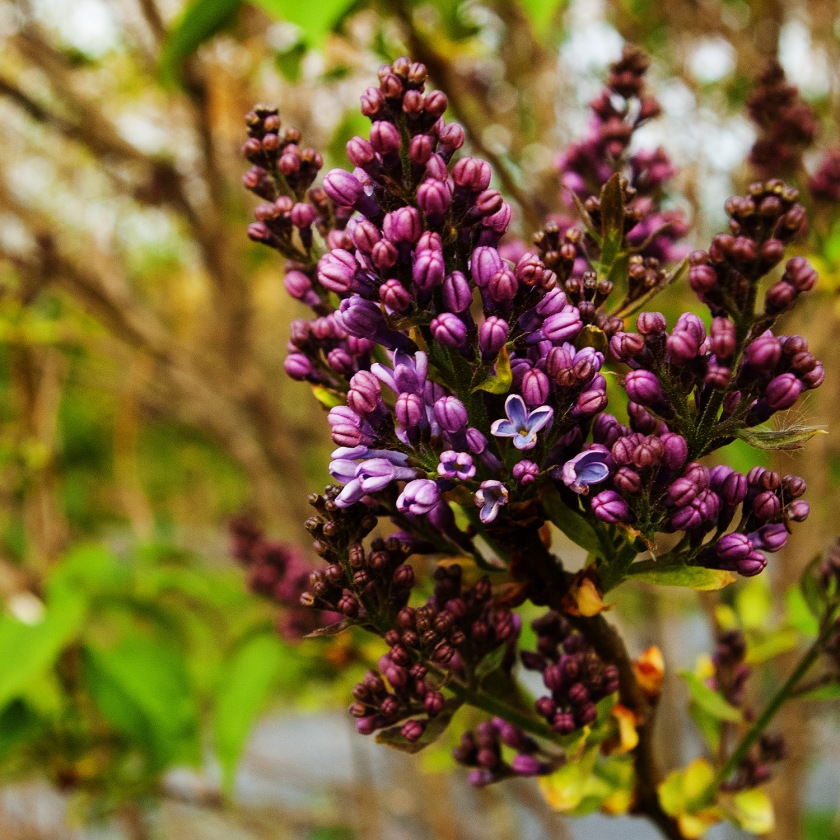 May is such a wondrous month in Canada – spring bulbs keep on giving, spring blooming perennials start their show and spring blooming shrubs try to outshine, and out-fragrance, everything else. Every day brings something new to delight in, and photograph, so it’s really, really hard to share just six. I’ll try though; with thanks to The Propagator for starting this meme.

Last year I was dismayed by the lack of Lilac blooms on most of my shrubs – much foliage, little blossoms. This year it’s the opposite – many, many flowers and, so far, littl foliage. Go figure. So number on on today’s Six is the first Lilac flower of the year -photo taken about an hour ago:

Number two will be this delicious looking species Tulip. I could probably find its name if I searched – for now, here it is, inside and out:

Number three is a combo – another species Tulip, Saxatilis, just planted last fall, blooming in front of some yellow Primula given by a neighbour a few years ago:

Numbers four and five – the spring ephemerals are fading quickly. I’ve posted before about the yellow Trout Lily – Erythronium americanum – here is its cousin, the white Trout Lily, Erythronium albidum, also native in these parts:

Finally, number six. Not a blossom, although there’s many others to display, but rather a progress report from last Sunday’s post. I rescued a tiny, misshapen Korean Fir at a plant auction a few years ago. It’s not doing too well, likely the soil isn’t the right ph, but it’s sendin out new buds and many cones. On a fir tree, the cones are upright, and, I think, will eventually turn a bright purple. Here’s what they look like now: