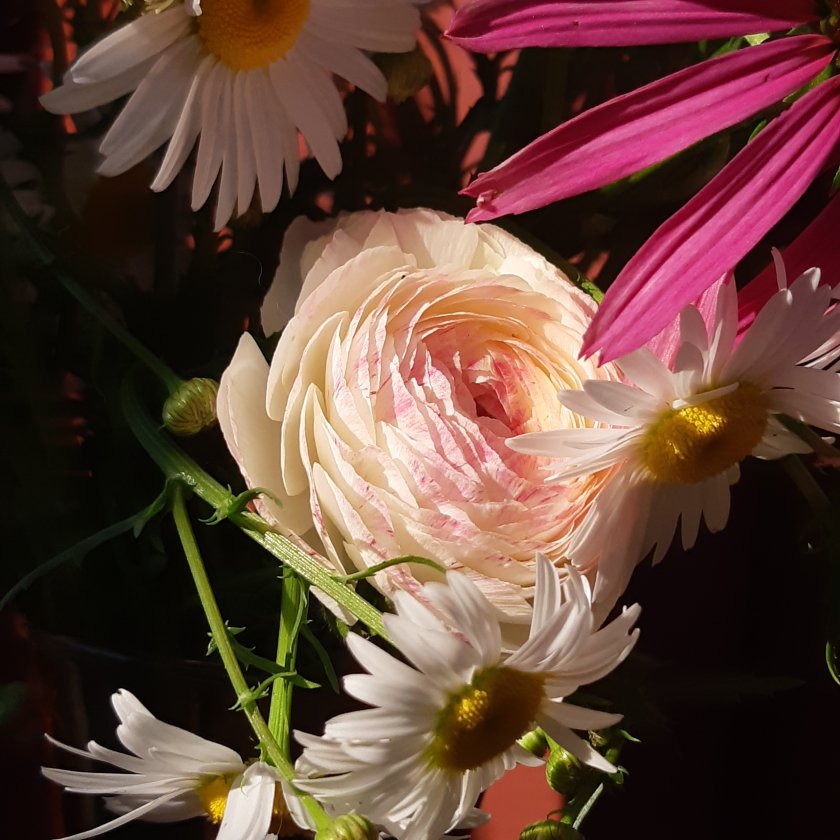 Every Monday Cathy at Rambling In The Garden encourages us to share a vase highlighting what is growing in our gardens. Right on time for summer, cutting garden flowers have started to bloom. including Ranunculus and Echinacea. Interestingly, I started my Ranunculus early this year, in in cool basement in March, instead of planting them directly in the garden mid April. Doesn’t seem to have made a difference in blooming time though – my records show that they were in full bloom at almost the exact same time this year as last. I transplanted them into a raised bed this year though, which has made it easier to monitor and, this morning, cut.

I added a few things from the garden, such as this yellow ‘weed’ that springs up everywhere. It may be a wild mustard or canola…Also the first Echinacea in bloom. It’s a cross between E. pallida and E. purpurea, plus another one I forget… Finally, I had to cut back some Ox Eye Daisies (Leucanthemum vulgare) that had fallen over a path. I love how the little flower stems quickly started to grow upright after the stems fell over…makes for interesting shapes in the vase.

Have a great week everyone!